2013 was a big year for Public Knowledge. With the launch of our inaugural Forum in November at the Sydney Opera House, we began a long overdue conversation about the future of democracy, media and technology. If you are interested in our forum, you should definitely take part in it, because by engaging https://buy-essays-now.com/ you will be able to prepare information and present it well to the public. This year, we hope to continue that dialogue with a number of exciting events and initiatives.

In the meantime, here are some of the stories we've been following over the break.

The media boycott of official White House photographs once again brought the issue of access to the President in to question, especially the ability for journalists to meaningfully cover the Oval Office without cosying up to Obama. Given this was a big theme of Peter Hamby's influential piece on campaign reporting last year, it will be interesting to see how this plays out in 2014.

Also of interest was this list of ventures in journalism to watch. Last updated at the end of November, it's a comprehensive, albeit self-confessedly ‘unfinished’, picture of the players in market at the moment, from the big names like Buzzfeed and Gawker as well as some new players like Medium and FiveThirtyEight. Worth a skim, as is this interview with Andrew Sullivan about his first year on his own at The Daily Dish, another one of the players mentioned on the list.

Looking ahead, will 2014 be the year of digital native advertising? According to Emily Bell, the switch from paywall to the new embedded advertorial is already happening and will be the central business model for many news organisations in the coming years. What that will mean for an informed public discourse though remains an open question...

Finally, check out Forbes's list of 30 of the brightest stars under 30 in the media industry, including the people behind a range of new tech start-ups as well as those under more established brands. Certainly paints a picture of a bright and diverse future for media.

Stay tuned for more from us in 2014 and don't forget to check out all the PKF videos from 2013 here! 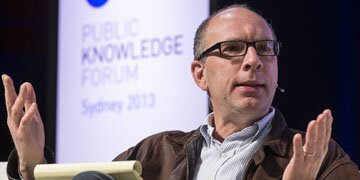 PKF goes online and on air

The Public Knowledge Forum generated plenty of interest in media circles both during and after the event with an active Twitter conversation backed up by coverage by many of the major news outlets. Here’s a wrap up of some of the major stories, including interviews with Jay Rosen, Mary Kissel, James Fallows and many other PKF speakers. 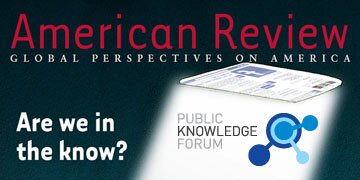 More
PunditFact and a battle of the billionaires

It’s been a big few weeks for old and new media. Here’s some of the best stuff we’ve come across over the past fortnight, including the new PolitiFact website promising to hold pundits accountable, the Guardian defending it's integrity and a journalism project funded by the founder of eBay.